I used the iOS music app pretty religiously. I have over three thousand songs. The music apps I use are very important to me. I need clear organization, design, and structure to be able to listen effectively.

So when the iOS 10 music app rolled out I was pretty furious. 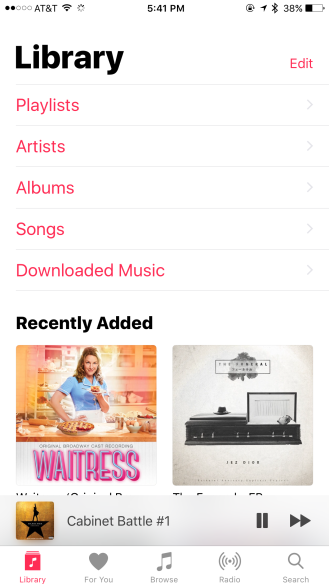 Oh, it is buggy. There is one such bug related to “Up Next” that was so large I questioned whether anyone actually QA’d the thing. It is a little bit hard to explain, but if you are familiar with “Up next” and the queue, like I am, then this makes sense.

Simple explanation of how the queue works in iOS 10 vs iOS 9, as a primer.

So the bug is with modifying the up-next order - removing or re-arranging. If you try to do either and you skip a song or the song ends, your changes will be reverted. This happens basically all the time when you have repeat ON. A few times with repeat OFF. So you can’t really modify the queue order, and even if you could the functionality has changed massively, as you can see above. I much preferred the old version as I used it in Shuffle Mode and set up the queue of shuffle to be in an order I thought was better. Yeah, I could use playlists or something, but figuring out playlists out of thousands of songs is way too time consuming and my mood changes all the time so I like seeing a slice of my music options.

Anyway, as for the bug, I logged it with Apple Support on Twitter. They were pretty useless, but at least they tried and I felt better about bringing it up in a semi-official channel.

In the meantime, I’m exploring other music apps that, you know, actually work and are readable.